Thank you for your patience while we retrieve your images.

The Ft. Morgan Mystery Ship on Friday, August 31,2012 in Gulf Shores after being revealed by hurricane Isaac. Most likely this is the schooner Rachel that was shipwrecked in 1933 and built in Moss Point,MS in 1918.

Another theory is it is the Confederate blockade runner Monticello, but material found at the site was not available for ship building in that era. 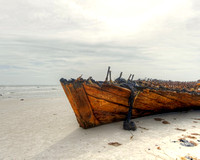 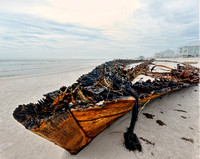 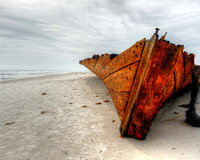 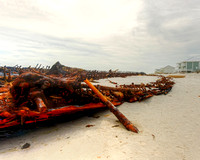 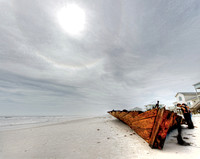 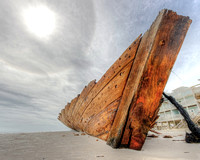 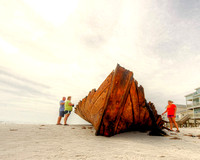 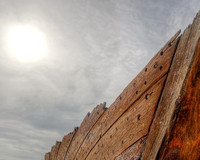 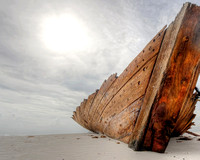 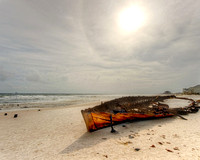 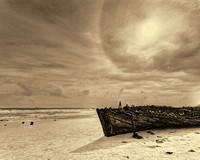 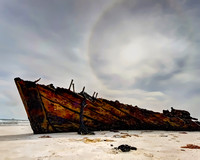